As you are updating the models by editing the schema or adding labels, conflicts between the label and the system’s prediction will arise. You can view an instructional video about resolving conflicts through features here.

Pay attention to fixing conflicts before pursuing labeling. As you label, keep your eye on the quality metric of all categories after adding each label to monitor progress. Resolve conflicts as they arise and review suggested features. The teaching loop is fully interactive where the model gets updated with every schema edit, labeling a new document, or adding a new feature.

Features that you've already added to your model are shown in the Model Features widget at the bottom of the screen. Curated features are shown with the Duet logo.

A good way to test whether features are positively or negatively contributing to your quality metric is by making features inactive. Making an active feature inactive disables it during model training but doesn't delete the feature from the model entirely. It is only made ineffective during training. With a simple click, a deactivated feature can be reactivated without having to recreate the feature from scratch. You can activate a feature by clicking the feature in the Model Features widget, and then deactivating and pressing "Update" in the pop-up. 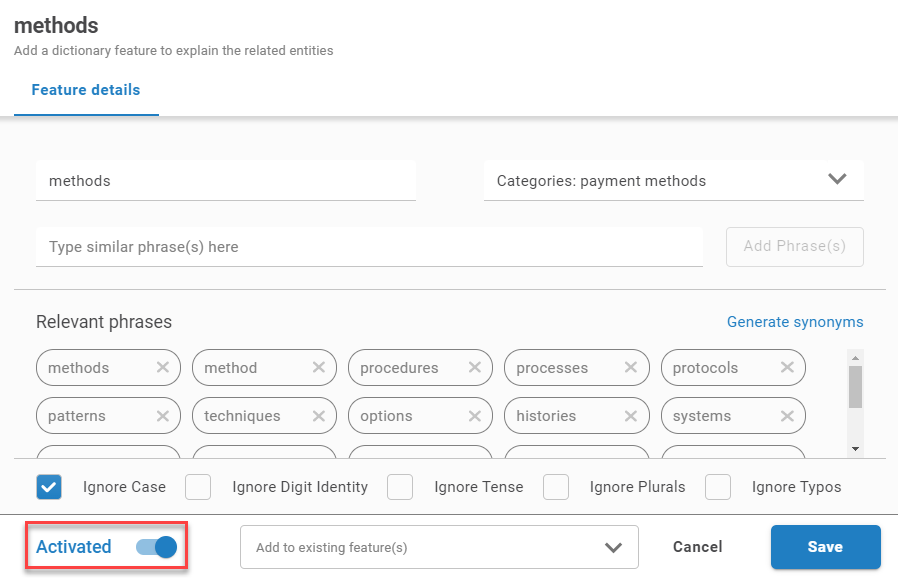